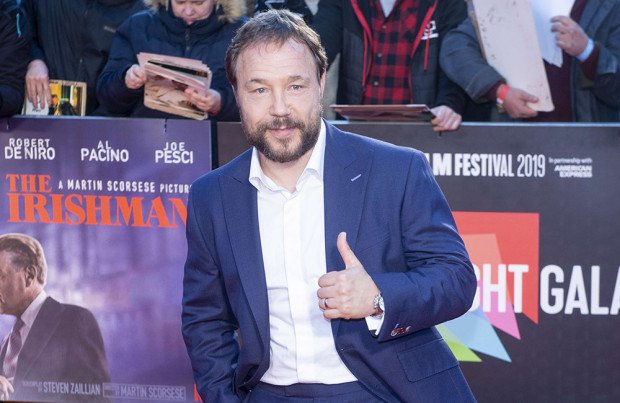 Stephen Graham, Andrea Riseborough and Sindhu Vee have been added to the cast of Netflix's adaptation of 'Matilda'

Stephen Graham, Andrea Riseborough and Sindhu Vee have joined the cast of the Netflix adaptation of 'Matilda'.

Graham and Riseborough will play the roles of Matilda's parents, Mr. Wormwood and Mrs. Wormwood, in the new take on Roald Dahl's classic children's novel with Vee taking on the role of Mrs. Phelps.

The film is based on the stage production 'Matilda the Musical' and is being helmed by Matthew Warchus – who directed the musical – with original playwright Dennis Kelly adapting the script featuring music and lyrics from Tim Minchin.

The novel follows gifted five-year-old Matilda, whose gift for telekinesis helps her to overcome bullying from parents, classmates and the terrifying headmistress.

Warchus said: "'Matilda' will be an imaginative and fresh retelling of the award-winning musical, 'Matilda', featuring talented young newcomers, alongside established stars.

"I look forward to introducing this beloved and powerful story to a new generation of fans around the world."

The story was previously adapted for the big screen in 1996, with Danny DeVito both starring and directing and Mara Wilson playing the lead role.

The 47-year-old actor said: There was one moment where I was sat talking to Brad Pitt, he just said to me, 'You've got a lot of characters in you.'

"What I learnt from that set was playfulness. I just had a lot of fun."