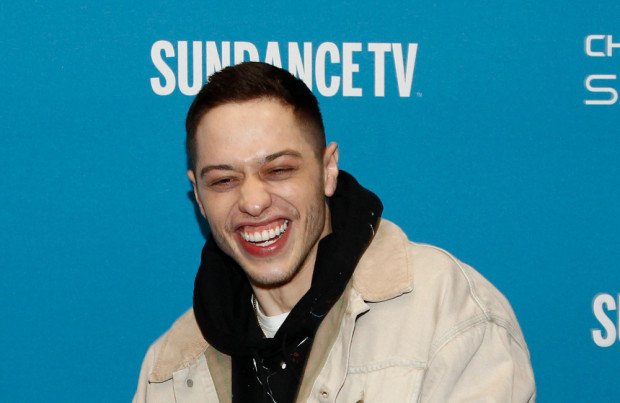 Pete Davidson took a role in 'The Suicide Squad' because of his character's crude name.

The 27-year-old actor and comedian is to star in the DC Extended Universe sequel as mercenary Richard 'Dick' Hertz/Blackguard and revealed that he signed up for the project as soon as he heard the name of his character.

"And I got a call from James Gunn, he was like, 'There's this role for you in the movie. And you play a guy named Richard Hertz.'

The 'Saturday Night Live' star admits that he "still can't believe" that Gunn gave him the opportunity to feature in the film.

Pete added: "And yeah, he was nice enough to let me be in it. It's a thing I still can't believe, it's ridiculous."

Davidson previously wrote and starred in the semi-autobiographical flick 'The King of Staten Island' and he explained how he hoped that project could show everybody who he really is.

He said: "I kind of feel a little bit misunderstood and I feel like, it's a really tricky situation, but I think what Judd [Apatow] and I and David Sirus did, I think hopefully it'll get that point across better.

"It's a love letter to pretty much my whole family. My mom, sister and my dad."

Pete played stoner Scott Carlin in the movie who struggles to cope with the loss of his firefighter father. His own father Scott was a New York City fireman who passed away in service on September 11, 2001.

He added: "I think having to, you know, deal with that sort of thing at such a great scale really helped me heal.

"It really made me think that I could put this behind me now, because we like, went through it all together, so I really feel a lot better and I hope some other people can also relate to that."