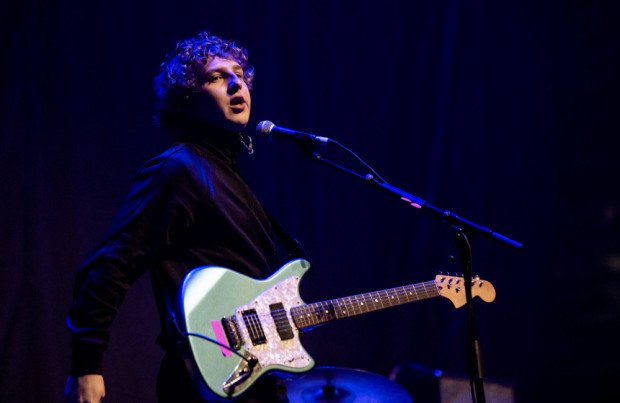 Lewis Capaldi is backing fellow Scots The Snuts to beat Demi Lovato to number one in the UK.

The West Lothian rockers are locked in a fierce chart battle with the 28-year-old international megastar, as their debut studio album, ‘W.L.’, is up against Demi's 'Dancing with the Devil... The Art of Starting Over'.

And the 'Someone You Loved' hitmaker has shown his support to Jack Cochrane and co by posting a video message to his 1.4 million Twitter followers asking them to purchase the LP.

He said in the clip: “It’s Lewis Capaldi here, this is my dog Frank and I’m just off to pick up a little bit of shit that he’s done.

“He’s laid quite the log in my kitchen and while I was doing that, I thought I would ask all of you out there to please make sure you go and buy, download and stream The Snuts’ brand new album ‘W.L.’ which came out last Friday. It’s so close to number one and it’s the boys against Demi Lovato.

“Listen, we all love Demi Lovato but sometimes we have to make sacrifices. So go out there and get the record.”

The Snuts previously supported Lewis and compared the experience to "opening up for Jesus".

They said: “We’re from the same town. There’s only 10,000 people [there] so we’d always be playing in the same pubs and clubs for no money, just so that our friends could come and hear our songs.

"We’ve been on tour with Capaldi – which was intense. It was like opening up for Jesus Christ!”

Coincidentally, both albums are linked in subject matter, with The Snuts telling the Metro newspaper's Guilty Pleasures column: "Everybody we know has been affected one way or the other. We grew up in a big group of friends. We have lost friends to drugs. Friends drifted away down the wrong path."

Demi, meanwhile, documents her 2018 near-fatal overdose on 'Dancing with the Devil... The Art of Starting Over'.