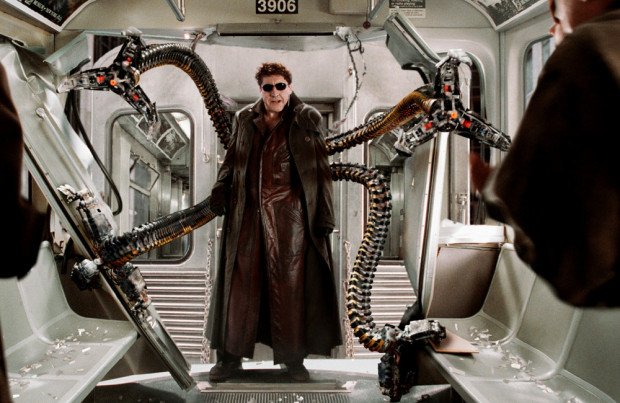 Alfred Molina has confirmed he will return as Doctor Octopus in 'Spider-Man: No Way Home'

Alfred Molina has confirmed he'll reprise his role as Doctor Octopus in 'Spider-Man: No Way Home'.

The 67-year-old actor portrayed the scientist-turned-villain in Sam Raimi's 'Spider-Man 2' in 2004.

And Otto Octavius is set to make a comeback in the Jon Watts-helmed follow-up to 2019's 'Spider-Man: Far From Home'.

Molina confessed that his return to the Marvel franchise is "the worst kept secret in Hollywood".

He explained to Variety: "When we were shooting it, we were all under orders not to talk about it, because it was supposed to be some great big secret.

"But, you know, it's all over the internet. I actually described myself as the worst kept secret in Hollywood!"

On how his character will slot into the hotly-anticipated movie, which sees Tom Holland return as the titular web-throwing superhero, he quipped: "It was very interesting going back after 17 years to play the same role, given that in the intervening years, I now have two chins, a wattle, crow's feet and a slightly a slightly dodgy lower back."

Doctor Octopus actually died in 'Spider-Man 2', but Molina insisted: "In this universe, no one really dies."

And the screen star also revealed he discussed with the director, Watts, how it would work bringing him back after almost two decades, as he was in his 50s the last time he played the villain.

He recalled: "He just looked at me, and said, 'Did you see what we did to Bob Downey Jr. and Sam Jackson?'"

Molina added: "I don't have the same physicality that I had 17 years ago. That's just a fact.

"I then remembered that it's the tentacles that do all the work!"

The 'Saint Judy' star was rumoured to have boarded 'Spider-Man: No Way Home' when casting news leaked at the end of last year.

In the same report, it was revealed that Jamie Foxx would reprise his role as Electro and Benedict Cumberbatch as Doctor Strange.