End of an era? Megan Thee Stallion announces hiatus to 'prepare for what's next' 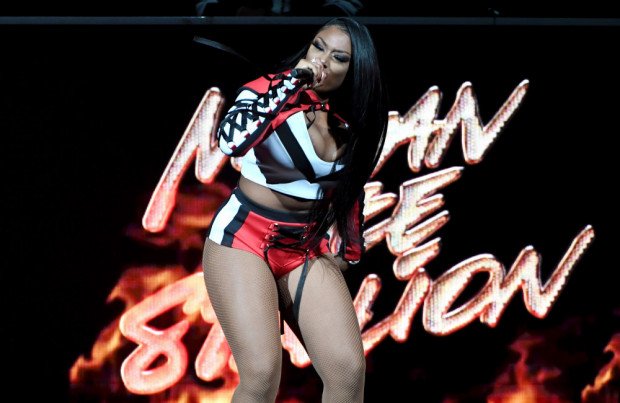 Megan Thee Stallion has announced a brief hiatus from social media to "prepare for what's next".

The 'Savage' hitmaker surprised fans this week by sharing a series of sci-fi visuals and videos of her in an oxygen mask inside a tank wearing a skin-tight 'Good News' newspaper-style suit.

And in a message to her Hotties, the 26-year-old Houston-native announced she has "entered a period of regeneration" and will be recharging her batteries before working on what she has planned to follow her 2020 album.

A message appeared on a screen in one of the clips: "Due to the demands of the Hot Girl lifestyle, Meg has now entered a period of regeneration to prepare for what's next.

"In her absence mgmt will manage all social posting on behalf of Thee Hot Girl Coach.

"Thee Hotties lead a brave RESISTANCE in anticipation for the return of their Fearless Captain. (sic)"

Megan's break comes after she vowed to set herself “bigger goals” following her Grammy Awards success.

The 'Hot Girl Summer' hitmaker picked up Best Rap Song and Best Rap Performance for ‘Savage’, as well as Best New Artist at the ceremony last month, and she admitted her triumph at the event surpassed any of her expectations.

She said: “The Grammys win means my peers respect my art.

“It was always a dream of mine to perform at the Grammys, but to win three? I still can’t believe it. It also means I have to work harder than ever. Now I have to achieve bigger goals.”

Megan was the first female artist to win Best Rap Song and she’s “proud” to have set the record, which she hopes will encourage other female rappers to follow in her footsteps.

“My team told me about the honour and I’m proud to kick open the door.

“I hope that next year, and for all the years to come, women continue to get a seat at all the tables.”