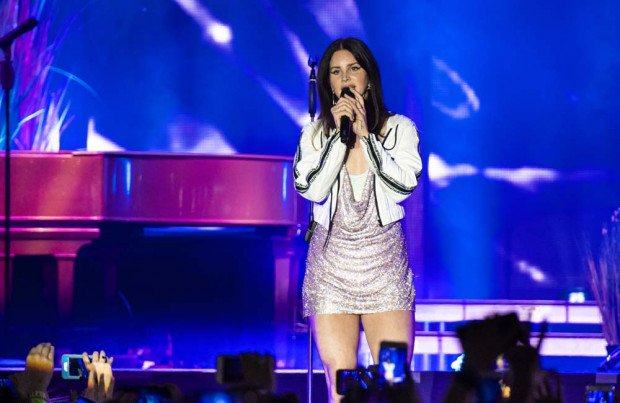 Lana Del Rey has shared a preview of a track from her upcoming album 'Blue Banisters'.

The 'Video Games' hitmaker has seemingly shared a clip of the record's title track on social media.

She sings: “Said he’d fix my weathervane/ Give me children, take away my pain/ And paint my banisters blue."

Lana captioned the clip on Instagram: “Sometimes life makes you change just in time for the next chapter.”

In the romantically-lit video, the 35-year-old star can be seen sharing a kiss with a cowboy.

The prolific star already announced the follow-up to March's 'Chemtrails Over the Country Club', 'Rock Candy Sweet', will arrive on June 1.

And this week the 'White Dress' hitmaker revealed that her next record will drop around a month later on July 4.

Lana tweeted along with the artwork: "Album out July 4th BLUE BANISTERS. (sic)"

The 'Born To Die' singer will challenge accusations of her "cultural appropriation and glamorising of domestic abuse" on 'Rock Candy Sweet'.

She wrote on social media: "Now that Doja Cat, Ariana [Grande], Camila [Cabello], Cardi B, Kehlani and Nicki Minaj and Beyoncé have had number ones with songs about being sexy, wearing no clothes, f****** cheating etc – can I please go back to singing about being embodied, feeling beautiful by being in love even if the relationship is not perfect, or dancing for money – or whatever I want – without being crucified or saying that I'm glamorizing abuse?????? (sic)"

She was forced to respond and argued her comments weren't related to race.