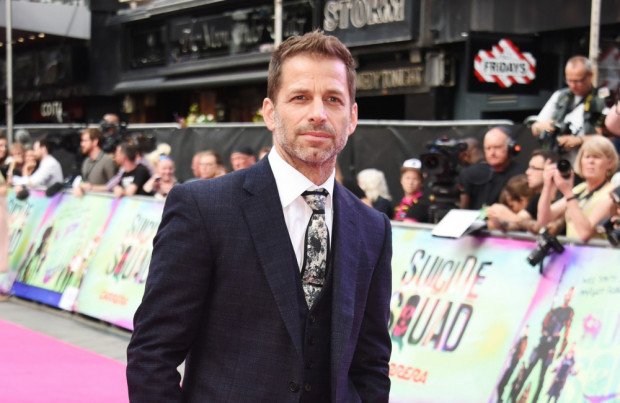 Zack Snyder thought he would be hit with legal action from Warner Bros. for campaigning to release his version of 'Justice League'

Zack Snyder worried he’d be “sued” by Warner Bros’ over a campaign to release his version of ‘Justice League’.

The 55-year-old filmmaker was at the helm of the superhero blockbuster until May 2017 when he stepped down to mourn his daughter Autumn, who had taken her own life aged just 20, and he was replaced by Joss Whedon, who changed the tone of the film much to the dissatisfaction of fans and critics.

As a result, a huge #ReleaseTheSnyderCut campaign was launched, featuring billboard adverts and planes flying banners, and though the director came out in support of the idea, he never expected anything positive to happen.

He said: “I was more worried the studio would sue me. Do something to silence me.”

Although some elements of the campaign led to in-fighting and was seen as a joke in some circles, Zack – who released his version of the film in March – will always be grateful for what fans did.

He said: “Here’s the reality. That fandom raised $750,000 for suicide prevention and mental health awareness. They’ve saved lives. That’s a fact. But on the other hand, was it fun to provoke them? For a clickable thing? Yes. And they were an easy target. But they continue to raise money.

“There are not a lot of fan communities whose primary objective, other than seeing work of a guy they like, realised their other main thing was to bring awareness to mental health and suicide prevention. For me, it’s kind of hard to be mad at them.”

Editing his take on the film proved to be a cathartic way for the director to work through his feelings over his daughter’s death.

He told The Sunday Times' Culture magazine: “It’s ironic the movie was already about grief. Famously, I’ve never seen the theatrical version so don’t know exactly what they did, but the parallels in relationship to grief, family and healing, frankly, were really present. Then, of course, things evolve…

“For me, whether a film-maker, sculptor, writer, carpenter, gardener — I believe if you look deep enough, your personal mythology is reflected in the things you do. And this was just a really public version of that.

“Listen, I make movies. It’s what I do. So if I had been, say, a potter or maker of pool cues, or axes, I would have expressed [my grief] through that. It is going to come out.”