'I was ready to fall into bed with anybody': Pete Townshend used to be pansexual 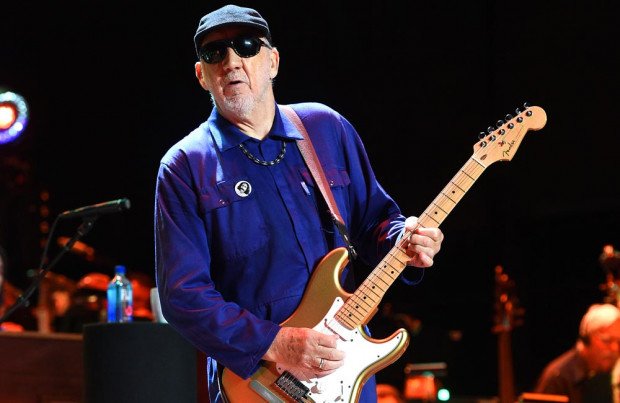 Pete Townshend believes he was once pansexual.

The Who guitar hero has opened up about the origins of the band's 1966 single 'I'm A Boy' and revealed that at one point in his life he would have slept with anybody, regardless of gender.

The 76-year-old rocker is quoted by the Daily Star newspaper's Wired column as saying: "With 'I'm A Boy' it's the idea of masculinity and the way that men are seen to be at a time when I often forget, to be homosexual, to be pansexual, as I think I probably was, but not anymore.

"But I think I was ready to fall into bed with anybody that would have me.

"I think I forget that homosexuality was still illegal, so these adventures had to be couched in vignettes of humour and irony."

Elsewhere, the 'My Generation' hitmaker revealed 1967's 'Pictures of Lily' is about pornography.

He said: "An admission of using pornography, whether it's soft or hard or in between, it's very un-masculine.

The 'Pinball Wizard' star's comments regarding his sexuality come after he previously confessed his "rock and roll" antics made him feel like a "prat".

The 'Baba O' Riley' hitmaker – who was notorious for smashing his instrument to pieces on stage – has admitted he could be "pretty snobby" when it came to his and his bandmates' wild ways, and he actually felt that when he and late drummer Keith Moon used to throw televisions out of hotel windows, it was a real "waste of time".

He said: "I was always pretty snobby about rock and roll.

"As the television went through the window, I would look at Keith Moon and go, 'what a f***** prat. What a waste of time'.