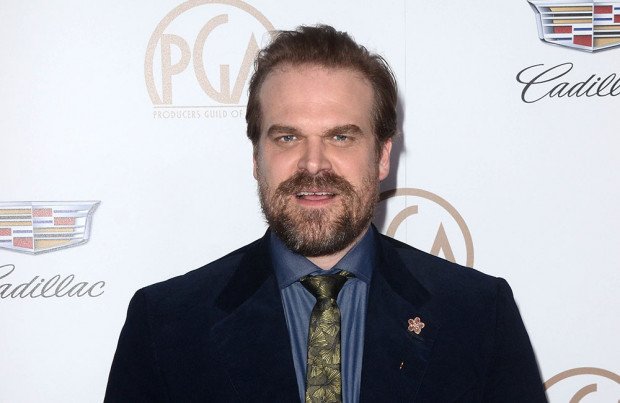 David Harbour has revealed that he would love a Captain America vs. Red Guardian movie

He said: "What’s funny about Alexei, you have this 25-year gap we don’t know about (in the movie). We see him in Ohio and in the prison. And even before the prison, there was a time when he was the Red Guardian, he must have put the suit back on. There is this period of time where he has all these stories about his life. It’s questionable whether or not they’re real.

"I do think the classic Cold War thing is a really fun and funny dynamic between these two guys and the fact that they came up like nuclear warheads like in an arms-race together. I think it’s a great concept that could be explored further."

Meanwhile, Scarlett Johansson recently revealed she is happy her Natasha Romanoff character is no longer treated as a sex object.

The 35-year-old actress has played the role for over a decade, after making her debut as the character in 2010 film 'Iron Man 2' and Scarlett believes at least part of the reason for the shift in Natasha no longer being viewed as just a sex object is down to her own change of circumstances.

She said: “It definitely has changed and I think part of that change has probably — it’s hard because I’m inside it, but probably a lot of that is actually from me too. I’m a mom and my life is different. Obviously, 10 years have passed and things have happened and I have a much different, more evolved understanding of myself. As a woman, I’m in a different place in my life, you know. I’m more accepting of myself, I think."