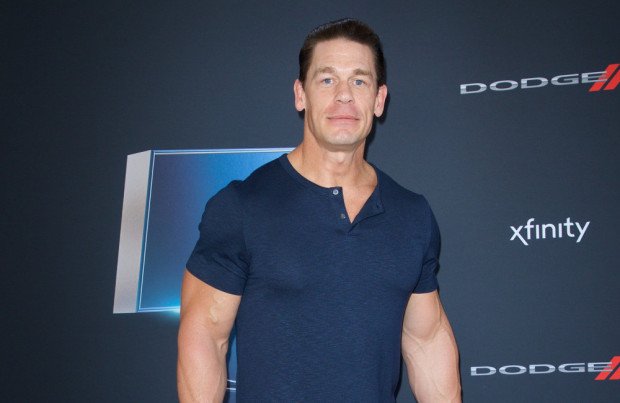 The new DC Extended Universe (DCEU) sees a gang of villains become unlikely heroes and John lauded the director for bringing a fresh perspective to the superhero genre.

The 44-year-old star, who plays Peacemaker in the film, told the Metro newspaper: "I think it's a brave move by James to want to pivot the superhero movie in a different direction that redefines who we root for.

"There's no denying that the superhero movie has had a great run of success and it's very difficult to stray away from that formula. It takes a brave individual whose sick and twisted mind will throw a group of flawed individuals together."

John's co-star Idris Elba, who features as Bloodsport, also credited the director for allowing the cast to delve deep into their parts.

He said: "James really wanted to explore who those baddies were internally.

"That was exciting for us as an ensemble of actors that all got together to really pull some of the layers out of these characters."

Margot Robbie plays Harley Quinn for the third time and has embraced the character's status as a "catalyst of chaos".

The 'Once Upon a Time in Hollywood' star said: "It's so fun seeing everyone's interpretation of the character and there's such amazing source material in the comics.

"I'd say the common denominator is that Harley is always a catalyst of chaos. James and I talked about it a lot. She's best utilised when you throw her into a situation with lots of other characters and she just shakes s*** up. That's when you see Harley at her most exciting and fun."