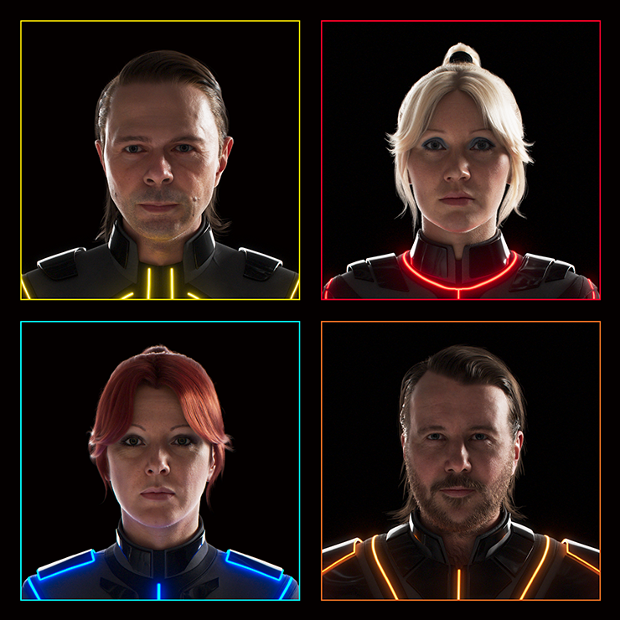 Like a melodic Swedish unicorn galloping through a forest, ABBA have emerged from their mythical hiding place and announced a reunion, putting all other ticketing news to shame. Nothing gets bigger than these titans, you might think – and then pop behemoth Elton John arrives with a mega announcement of his own. If industry giants like these two keep announcing gigs, pop-pickers everywhere will have empty pockets before the month's out.

Beyond that, we've got highlights from Dave, Stereophonics, Dexy's and much more. All of these events are on sale right now, so buy them before they sell out.

ABBA – that's right, the ABBA – have announced ABBA Voyage, a live experience featuring digital 'ABBATARS', a custom-built ABBA Stadium and a 10-piece live band to bring the shows to life. On top of that, the superstars have announced a new album, also titled ABBA Voyage. Not bad for a band that split up 35 years ago.

ABBA's live experience begins in May 2022. Click here for performance dates and tickets. 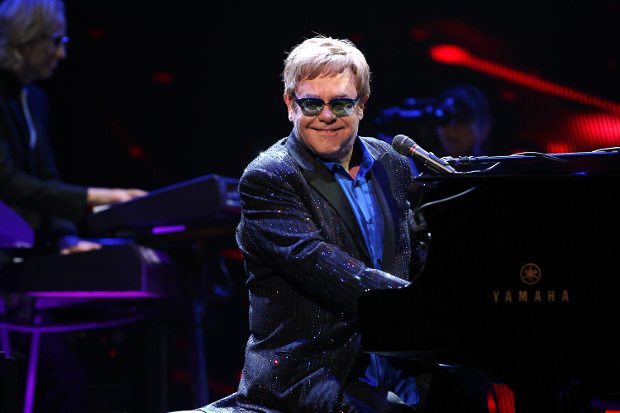 Continuing the theme of prestige pop, Elton John has been announced as the headliner for BST Hyde Park, one of the most finest day-long festivals in the UK. The rest of the line-up is yet to be announced, but Mr Rocketman is surely worth the price of admission on his own.

UK rap's leading light Dave has announced a massive arena tour for February next year in support of his latest album We're All Alone In This Together. He's packed plenty of special guests onto this release, so don't be surprised if these gigs are similarly star-studded.

Dave will play a run of arena shows in February. Click here for performance dates and tickets. 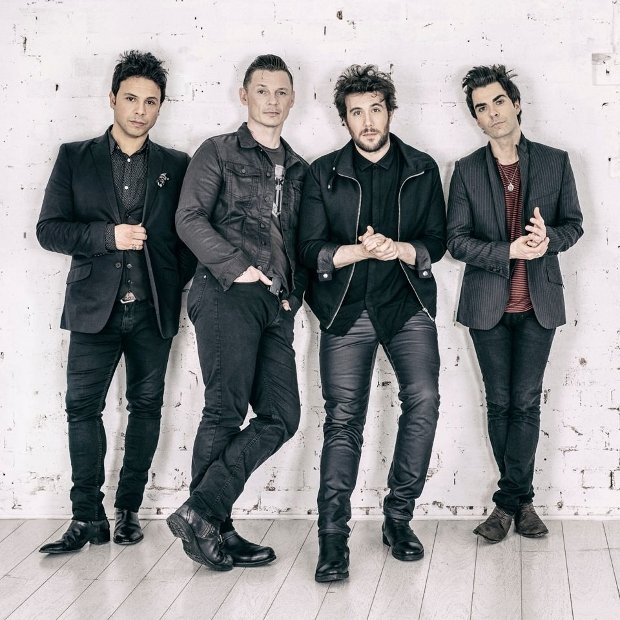 Dad rock favourites Stereophonics have announced a huge tour for March and April next year in support of their latest album Oochya! In recent years, the Welsh rockers have moved on from the gentler side of rock and transformed into something a little scuzzier, so expect these shows to blast sound at you from all angles.

Stereophonics will tour the UK in March and April 2022. Click here for performance dates and tickets.

Art pop phenomenon Dexy's, formerly known as Dexy's Midnight Runners, have announced a UK tour in 2022 to commemorate 40 years of their hit album Too-Rye-Ay. With a sprawling discography spanning four decades, they'll inevitably play some choice cuts from other albums too.

Dexy's will tour the UK in 2022. Click here for performance dates and tickets.

Cellist duo 2CELLOS have announced a performance at Wembley's SSE Arena on Thursday 2 June 2022. These cellist superstars have skyrocketed to fame thanks to their virtuous playing and perfectly pitched cover versions of pop and rock hits. Want to see this feted duo in the UK? This'll be your only chance for quite a while.

2CELLOS will perform at The SSE Arena on Thursday 2 June 2022. Click here for tickets.

Blues guitar virtuoso Joe Bonamassa has announced a run of UK tour dates in April and May next year in support of his latest album Time Clocks. Known for his heavy playing style and plaintive voice, Bonamassa has kept the blues flame burning thanks to his electrifying live show.

Joe Bonamassa will tour the UK in April and May 2022. Click here for performance dates and tickets. 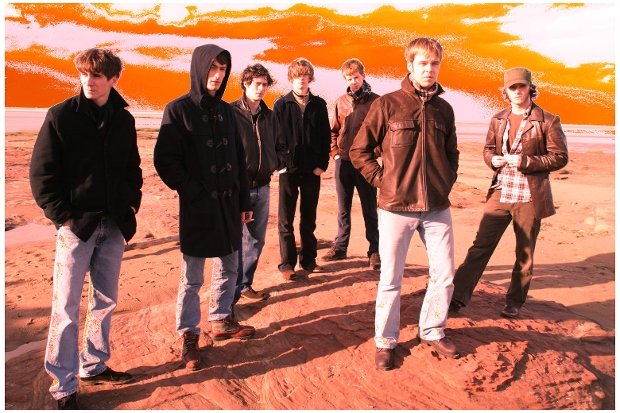 Psychedelic rock favourites The Coral have announced a tour of the UK next year to mark the 20th anniversary of their self-titled first album. Their debut spawned a raft of indie dancefloor fillers, including the infectious singalongs 'Dreaming Of You' and 'Skeleton Key'. If you were a drainpipe-wearing kid in the early 2000s, this is sure to be the ultimate nostalgia trip.

The Coral will tour the UK in March 2022. Click here for performance dates and tickets.

Staying firmly in the realms of nostalgia, Scotland's favourite rockers Twin Atlantic have announced a tour to mark a decade since the release of their career-defining album Free. Having dramatically altered their sound since that album's release, it'll be interesting to see how the emo-tinged angst of Free meshes with the hyperactive indie flair of their new material.

Twin Atlantic will tour the UK in May. Click here for performance dates and tickets.

Alkaline Trio and Taking Back Sunday

Mid-2000s pop punk acts Alkaline Trio and Taking Back Sunday have announced a co-headliner tour in March next year. These two are the perfect pairing, not least because their special brand of punk has blasted back into fashion over the past few years. So expect plenty of new fans in attendance alongside the diehard forty-somethings.

Alkaline Trio and Taking Back Sunday will tour the UK in March 2022. Click here for performance dates and tickets.

The endlessly creative Damon Albarn has announced a one-off show at Shakespeare's Globe on Monday 20 September in support of his latest album The Nearer The Fountain, More Pure The Stream Flows. This is a unique event in a special intimate venue – we expect tickets to sell out fast. 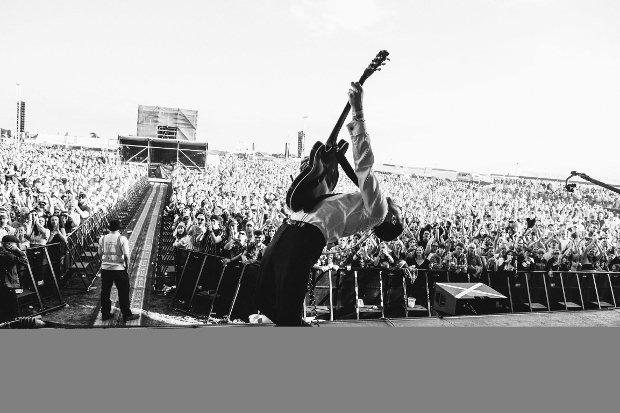 Indie rock stalwart and 'mate of Alex Turner' Miles Kane has announced a tour of the UK in winter 2022 in support of his latest album Change The Show. If there's one thing everyone can agree on about Kane, he's a born showman, leaping around the stage with his guitar and infecting the crowd with his boundless energy. Even if you're no fan of his classically-inflected brand of rock 'n' roll, he puts on a hell of a gig.

Miles Kane will tour the UK in winter 2022. Click here for performance dates and tickets.

Everyone's favourite pop oddity The Divine Comedy have announced a Best Of tour in April and May 2022 to coincide with the release of their compilation album Charmed Life - The Best Of The Divine Comedy. Singer-songwriter Neil Hannon's trademark wit will be on display alongside plenty of the band's massive hits, including 'Becoming More Like Alfie', 'National Express' and 'At The Indie Disco'.

The Divine Comedy will tour the UK in April and May 2022. Click here for performance dates and tickets.

Tickets on sale - 10am, Friday 10 September 2021 Dexys’ classic album ‘Too Rye Ay’ has been masterfully reworked and remixed by Kevin Rowland, Pete Schwier and original violinist Helen O’ Hara. To celebrate, the band are heading out on the road and visiting Glasgow Royal Concert Hall to perform the album in full, along…

Classic tunes from the veteran singer-songwriter's five decade career as he heads on his final 'Farewell Yellow Brick Road' tour.

Virtuoso of blues rock guitar, discovered by BB King when he was 12 and much loved by readers of guitar magazines.

Twin Atlantic are an alternative rock band from Glasgow. ‘Transparency’ is Sam McTrusty spilling his guts on everything from marriage, male friendship and the absurdity of social media to parenthood, medication and his mum. Written in strained circumstances and recorded remotely with Sam’s mate and mentor Jacknife Lee…

Indie rock swagger from the charismatic Rascals frontman who reached for his inner Scott Walker with Arctic Monkey Alex Turner in The Last Shadow Puppets.

Scouse sonic wayfarers with an abundance of top retro sounds.

The dynamic Croatian cello duo of Luka Sulic and Stjepan Hauser make their West End debut with their first live performance in Europe of the new album Score. Accompanied by the Royal Philharmonic Concert Orchestra, 2Cellos celebrate some of the most popular soundtracks written for film and television.

Both emo-punk greats are returning to the UK in March 2022 to play five shows together across the country.