Willem Dafoe: The Green Goblin has more tricks up his sleeve 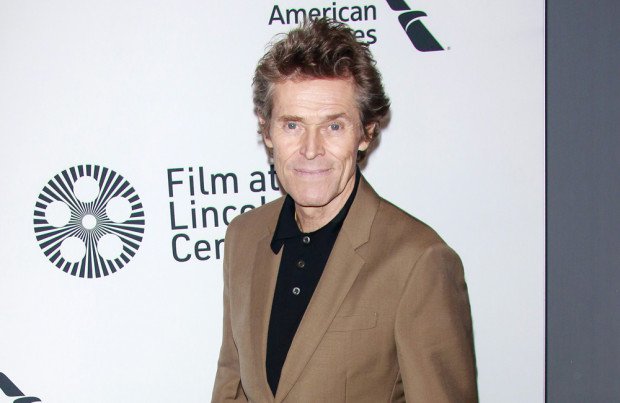 Willem Dafoe has teased new details about the Green Goblin in 'Spider-Man: No Way Home'

Willem Dafoe has suggested that the villainous Green Goblin will have "more tricks up his sleeve" as he returns in 'Spider-Man: No Way Home'

Willem Dafoe has suggested he has "more tricks up his sleeve" as he returns as the Green Goblin in 'Spider-Man: No Way Home'.

The 66-year-old actor is reprising his role as Norman Osborn/Green Goblin in the new blockbuster and waxed lyrical about his character's new costume at a panel that featured fellow stars Tom Holland and Jamie Foxx.

Willem recalled: "I stood there for eight hours and they put different pre-form pieces on me. Now, they scan me and they can design it and then make the costume, and then try it on me. It's a huge leap in the technology. They're more flexible. We can do more things with him.

"Old Norman and the Goblin are further down the line and they have a few more tricks up their sleeve. There have been upgrades on the costume, let's say."

The 'Grand Budapest Hotel' actor is returning to the role he played in Sam Raimi's Spider-Man trilogy and he revealed how a pitch from producer Amy Pascal and director Jon Watts that persuaded him to join the cast of the flick – which also features returning enemies Electro (Foxx) and Doctor Octopus (Alfred Molina).

Willem said: "It was really the pitch. And, like Jamie, I know Amy's history. She walked me through it, and then Jon, the director, kind of pitched the whole idea before I read a script and it sounded like a lot of fun and a good solution.

"And then we went deeper into it, I liked the idea that I was returning to something that was the same but different."

Dafoe previously admitted that he finds superhero films "too long and too noisy" despite his Spider-Man part.

He said: "You have fun with some of the things that you get to do, because there's lots of hardware and there's lots of crazy crane shots and those kind of things. That's fun.

"But stuff is overshot. They spend a lot of money on big set pieces, because that's what delivers the action, and I find them too long and too noisy. But let's not get into this. I don't want to bite the hand that feeds me. But, no, seriously, folks. Look, those aren't the movies I run to."