Kylie Minogue has 'always' seen inclusivity in her audience 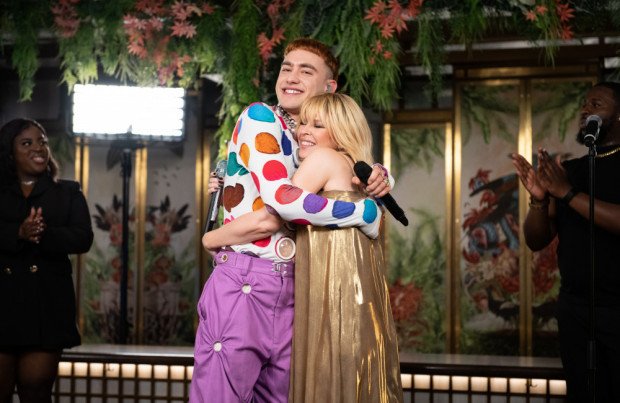 'I Should Be So Lucky' hitmaker Kylie Minogue has "always" seen inclusivity in her fanbase, and it's something she has "naturally" been drawn to

Kylie Minogue has "always" had inclusivity in her fanbase.

The 'I Should Be So Lucky' hitmaker has admitted while she never "set out" to become a figurehead of any movement, she "naturally" wants to see "all walks of life" in the audience at her shows.

Speaking to Olly Alexander before their 'Secret Socials with Hilton', she responded to him calling her a "gay icon" and said: "I didn't set out to do that, it is just naturally how I feel.

"There is so much talk about inclusivity, and I felt I always had that from the beginning. I used to say, I loved to be able to look out at my shows, and there are just all walks of life – there has never been any judgement."

Both performers – who first met when Olly's band Years & Years supported her at London's Hyde Park in 2015 – admitted they were "really nervous" when they started performing in front of fans again after so long away due to the coronavirus pandemic.

Olly added: "It is amazing! I felt quite emotional the first time, because I realised how much I'd missed it."

The 'It's A Sin' star also drew attention to Kylie's achievements as her 2020 record 'Disco' made her the first female artist to have chart-topping albums in the UK for five consecutive decades.

Reflecting on that success, the 53-year-old singer said: "Every now and then, I'll let myself have a moment of pride about it. When you're reminded of things like that, it's like... oh, OK!"

Meanwhile, Kylie has reportedly been back in the studio working on new material.

According to recent reports, she has been working with songwriter Biff Stannard, whom she collaborated with on the likes of 'Love At First Sight' and 'In Your Eyes'.

It's said she was also joined by Duck Blackwell, who has teamed up with Olly Murs and The Wanted in the past.

While she is set to return to Melbourne, Australia over the "coming weeks", the report claimed she "is already thinking about her next album, which she wants to have an electro-pop sound".

To help reconnect with the people and places we love, Kylie Minogue and Olly Alexander surprised 50 lucky fans at a secret Hilton concert in London.

Hilton is hosting a series of exclusive events across several of its iconic properties as part of 'Secret Socials with Hilton', throughout 2022 and beyond.