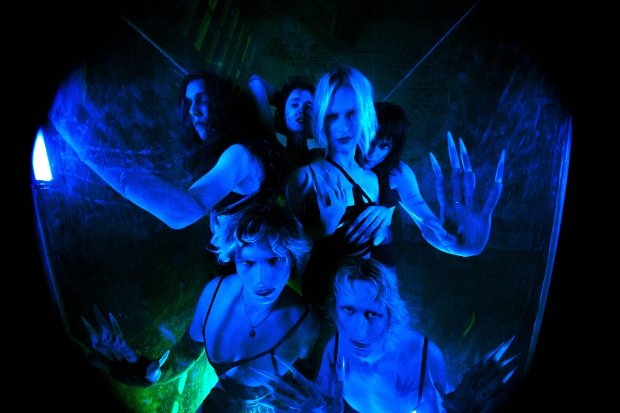 The Glasgow post-punk outfit will hit London, Dublin, Liverpool and more this spring

Glasgow's most flamboyant rock group Walt Disco will tour the UK and Ireland throughout March and April this year. Tickets for the shows are on sale now.

Formed in 2016, the indie five-piece have become one of the most exciting live acts to see in the UK, merging a riotous stage presence with swaggering hard rock credentials.

The tour comes as the band launch new single 'Macilent', a goth-tinged banger driven by a militaristic drum beat and striking lyrics of dismay and empowerment.

Speaking of the single, frontperson James Potter said, ''Macilent' was written with Jessica Winter in August the day after three trans women were attacked in Hollywood. All we could think about that day was the violence that trans and queer people face every day.

'We wanted the song to convey the fear that we feel, the disgust, the exhaustion, but also the fading hope that it doesn't have to be the way things are.'

Watch the new single and find a detailed list of the band's UK and Ireland tour dates below.

Tickets for Walt Disco's tour of the UK and Ireland are on sale now.

Five-piece indie-pop band based in Glasgow.