Black Stone Cherry to tour the UK with The Darkness in January 2023: how to get tickets 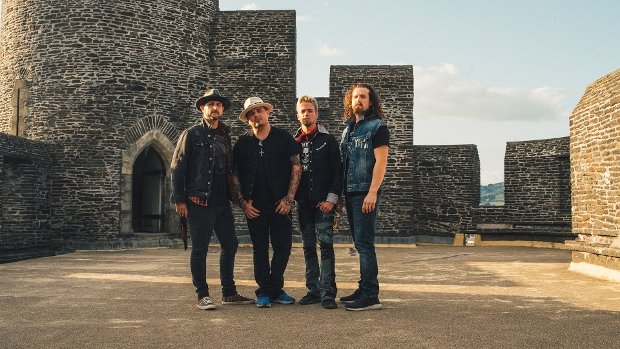 American rock group Black Stone Cherry have announced arena dates for their 2023 UK tour with British rock band The Darkness. Tickets go on sale at 10am on Friday 24 June.

The 'White Trash Millionaire' group will head out on the road joined by The Darkness on Saturday 28 January 2023, kicking off the trek at Cardiff's Motorpoint Arena. They'll call at Liverpool's M&S Bank Arena, Glasgow's OVO Hydro and the Resorts World Arena in Birmingham.

From Thursday 2 February to Saturday 4 February the groups will perform massive gigs at arenas in Manchester and Leeds before wrapping up the stint with a show at London's Wembley Arena.

Both bands have released new material in the last couple of years, with Black Stone Cherry's latest album The Human Condition dropping in 2020. The Darkness shared their sixth studio album Motorheart last year, almost a decade after the release of their debut Permission To Land which includes the timeless hit 'I Believe In A Thing Called Love.'

Tickets for Black Stone Cherry & The Darkness go on sale at 10am on Friday 24 June.