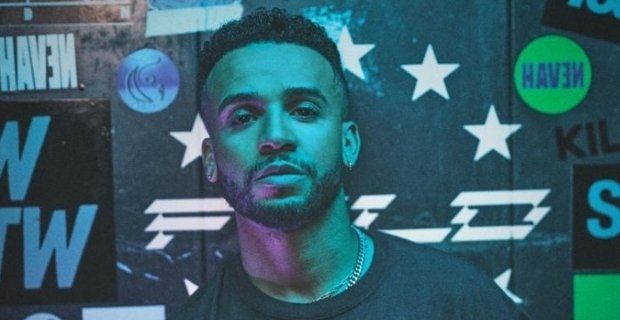 The 'Get Stupid' performer will take on shows in Sheffield, Liverpool, Leicester and more this October

Former JLS star Aston Merrygold has announced UK dates for his 2022 3AM Tour. Tickets go on sale at 10am today.

On Thursday 20 October he'll call at Sheffield's O2 Academy2 before heading to O2 Academy venues in Liverpool, Leicester, Birmingham, Oxford and London throughout October. See a full list of tour dates and venues below.

The singer and dancer launched his solo career in 2015 with debut single 'Get Stupid' after the split of The X Factor boy-band JLS in 2013. Since 2009, the group had various number one singles including 'Beat Again' and 'Everybody In Love'.

Last month Aston released his most recent solo single, 'How Many Times'. Head below to have a listen.

Check out latest single 'How Many Times'

Tickets for Aston Merrygold go on sale at 10am today.

Aston Merrygold shot to fame in 2008 as part of the four-piece boyband JLS who finished second place on the fifth series of The X Factor. The group signed a record deal off the back of their successful run on the show and went on to release four studio albums, release their own film JLS: Eyes Wide Open, and win BRIT and…