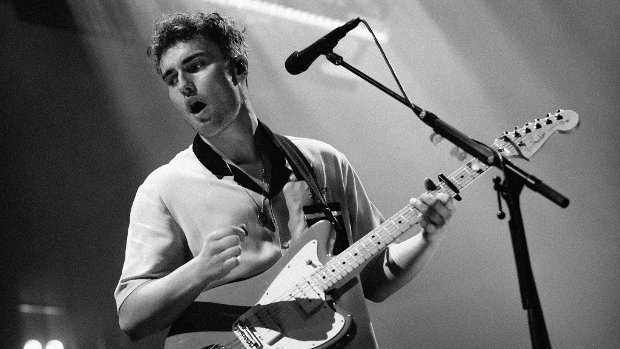 The Mercury Prize-nominated troubadour is set to perform at St James Park, the home of Newcastle United Football Club, on Friday 9 and Saturday 10 June 2023. Support will come from indie rockers Inhaler and British singer-songwriter Holly Humberstone. Fender and his band will be the first Geordie act to headline the venue.

Fender's latest release is his second studio album Seventeen Going Under which received two NME Awards for Best Album In The World and Best Album By A UK Artist. The album was released in 2021 and follows up his debut record, 2019's Hypersonic Missiles.

This summer he released a brand new single, 'Alright'. Listen to the track here.

Tickets for Sam Fender go on sale at 10am on Friday 9 September.

Indie from the North Shields singer-songwriter and guitarist. After starting his career as an actor, Fender released a number of singles independently before being named one of the BBC's Sound of 2018.