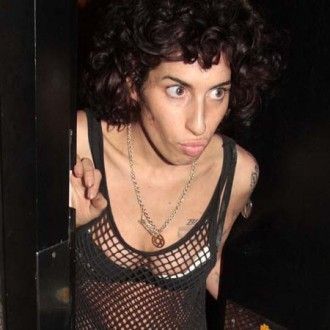 Amy Winehouse has been spotted getting close to Greek god Zeus.

The latest man to be linked to the 'Back to Black' singer during her Caribbean holiday is 20-year-old actor Josh Bowman - who stars as the Greek god in new BBC 2 TV drama 'Myths'.

British-born Josh met Amy - who is still married to jailed Blake Fielder-Civil - on the island of St Lucia, where she is currently holidaying, and friends say they have become inseparable over the last few days.

According to Britain's The Sun newspaper, Josh said of Amy: "She's a cool girl, very nice, and we're just very friendly. She's a good laugh. It's not been all party-party. I don't drink much at all. I'm not a typical public schoolboy."

Friends say Josh - who has also starred in an advert for fast food chain KFC and is friends with England rugby star Danny Cipriani - has a very different lifestyle to the troubled singer.

A source said: "Josh hardly drinks, would not go near drugs and is a keep fit fanatic - but the two of them are having a blast. He's the sort of guy most girls would love to take home to their parents, whereas not many men would be brave enough to do the same with Amy."

During her Christmas break, Amy has also been romantically linked to Caribbean singer Shayne Ross and a Santa Claus impersonator named Matt who works at the hotel where she is staying.

Amy has reportedly spent £32,000 flying out friends to join her on holiday.