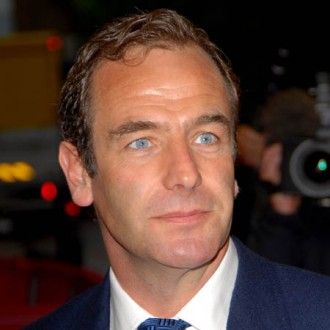 Robson Green has embarked on a strict fitness regime to get in shape for 'Waterloo Road'.

The British actor is desperately working out in a bid to get his body in tip-top condition for his hunky new role, and although exact details of his character are unknown, he will have plenty of saucy scenes with his screen lover Amanda Burton, portraying new headmistress Karen Fisher.

"So I'm getting myself in shape to take off my clothes on screen."

Robson even hired a personal trainer to help keep him toned, and although he admits he feels vain for doing so, he also wants to look as good for Amanda as possible.

He added to the Daily Mirror newspaper: "I guess it's partly vanity, but I feel I owe it to Amanda to look as trim as possible. She's a primary reason why I've taken the role - she's a great actress and I look forward to working with her. That and the fact that they are paying me lots of money."

Robson's scenes in the show will be aired next year.