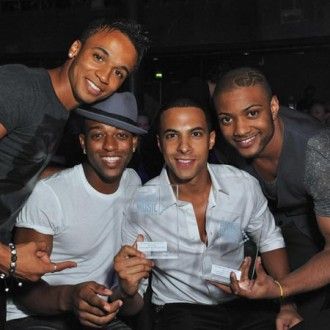 Girls Aloud singer Cheryl Cole was crowned Best Female and won Best Single for her solo debut 'Fight For This Love', while JLS took home Best Group and Best Video for their song 'Everybody In Love'.

UK rapper Tinie Tempah - who is hoping to celebrate his third UK number one single in a row this Sunday (03.10.10) with 'Written In The Stars' - won the award for Best Newcomer.

Shortly after receiving his award, Tinie, 21, told BANG showbiz: "This means a lot because digital music is my generation, how I grew up - listening to and finding new music through the internet, as well as coming up through it - so to be recognised by the people who have voted means a lot."

Robbie Williams was named Best Male artist at the awards, while cartoon band Gorillaz accepted Artist of the Year and Best Artist Promotion awards with a specially recorded video message from bassist Murdoc.

Performances at the awards included US R 'n' B singer Ne-Yo - who took to the stage in a dapper suit, braces and a bowler hat to perform 'One In A Million', while British band McFly gave a rocking rendition of their latest single 'Party Girl'.

Other performers included Scouting For Girls, Roll Deep, and Marina and The Diamonds.

Full list of winners at the BT Digital Music awards 2010

Artist of the Year - Gorillaz