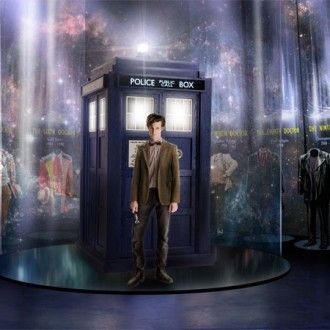 Matt Smith thinks The Silents will be his defining enemy in 'Doctor Who', as they are his favourite monster on the show

Matt Smith says new 'Doctor Who' monsters The Silents will be his defining enemy.

The 28-year-old actor - who plays the eleventh incarnation of the time-travelling Time Lord - admitted the villains are his new favourite sci-fi fiends because series writer Steven Moffat has made them such an integral part of the story.

When asked whether the monsters would become his iconic as the nemesis, Matt told BANG Showbiz: "I think they will. The Weeping Angels were my favourite to face but I think The Silents are now, because a) they're just so clever and b) the way that Steven has just woven them into the whole narrative is just really, really brilliant. They're a cracking monster."

Matt also explained he would like to fight against the Cybermen because he hasn't yet had a chance to battle the humanoids, who originate from Earth's twin planet Mondas.

He explained: "I really like the old Cybermen from Tomb of the Cybermen, when they've got those funny little suits on, and I've not really faced the Cybermen properly. I mean there's the bit where I sort of fought an arm in the Pandorica Opens, but I'd quite like to come up against them."