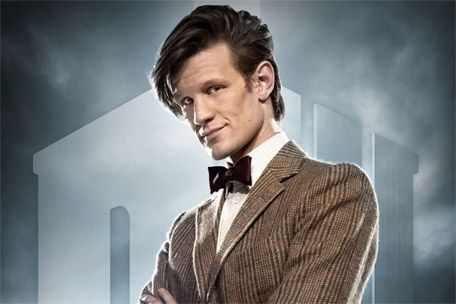 Matt Smith wants the 50th anniversary of 'Doctor Who' to be shot in 3-D.

The 28-year-old actor - who plays the titular Time Lord - is very excited about the celebration of the show which will take place in November 2013 and insists he will definitely be a part of it.

And he thinks the sci-fi format of the series would be perfect for 3-D technology which could be used for a one-off special.

He told BANG Showbiz: "I love making 'Doctor Who' and I get to be part of that 50th year which they'll do something mental for. You know it will be brilliant.

"I'm interested in all the 3-D stuff. If it could be filmed for 3-D TV that would be fun, especially with 'Doctor Who', but it's very expensive. I don't know how they'd do it."

Despite the confusion surrounding the scheduling of the 2012 series, Matt was never worried about what was happening with 'Doctor Who' because he has signed on to play The Doctor for the next run.

Discussing the mystery surrounding the next series - which may be being screened over 2012 and 2013 by BBC One - he said: "For me, it's just that I know that I'm going to shoot 14 episodes, of which I'll be in all of them. How they'll actually schedule it, I don't know. But all I know is that we start in February."