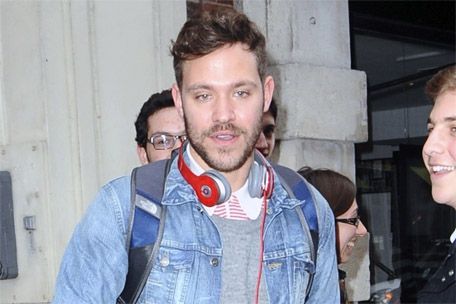 Will Young, will.i.am, Sir Tom Jones and Jessie J will make up the judging panel for 'The Voice' when the BBC One show launches in the UK next year

Will Young, will.i.am, Sir Tom Jones and Jessie J will make up the judging panel for 'The Voice'.

While until now the 'Price Tag' hitmaker had been the only star confirmed to appear on the BBC One talent show when it launches in the UK next year, the Black Eyed Peas frontman and the Welsh singing sensation have now also signed on the dotted line.

However, Will - who shot to fame after winning ITV1's 'Pop Idol' in 2002 - is yet to finalise his contract with the broadcaster and if he fails to negotiate a deal, it is thought Kaiser Chiefs frontman Ricky Wilson will step into his place, according to The Sun newspaper.

Last week, it was revealed Holly Willoughby and Reggie Yates will be fronting 'The Voice', which launched in the US earlier this year and features contestants performing for a panel of judges who aren't able to see them.

Holly - who quit her long-standing presenting role on ITV1's 'Dancing On Ice' to take on the job - said: "I'm so excited to be hosting 'The Voice'. When it launched in America I watched one of the shows and thought it was just a fantastic format, and when I heard it was coming to the UK I thought to myself how incredible it would be to be a part of it.

"It's going to be one roller coaster of a ride and I can't wait to get started!"

Kylie Minogue was originally believed to be in the frame for a judging role on the panel of the BBC One show, but channel chiefs had to turn down her salary request of £2.5 million.

A source said at the time: "We have held initial discussions with her but unfortunately we are not yet at the stage where a deal has been done. We'd love to have her on the show but we can't offer the size contracts as 'The X Factor' so money could be a stumbling block."