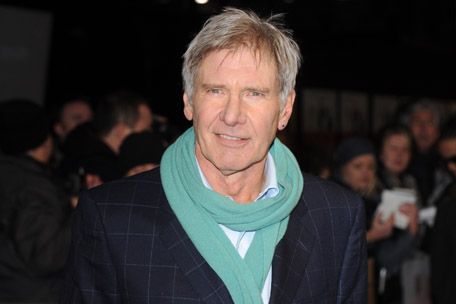 Harrison Ford is eyeing a role in 'Downton Abbey'.

The 'Indiana Jones' actor is said to have been glued to the first two series of the ITV1 period drama - which have both been a huge hit in the US - and is even keen to appear alongside the likes of Dame Maggie Smith and Hugh Bonneville in a future episode.

Despite the potential of being joined on the show by a Hollywood actor, Laura admitted one of the downsides to being in the series is that she isn't allowed to go on holiday and get a suntan, as it would look out of character for people in the Edwardian period to be sporting a sun-kissed glow.

Speaking on 'The Jonathan Ross Show', she added: "It's a sacrifice we have to make."

Downton's executive producer Gareth Neame was recently forced to defend the pace of the second series - which was set in 1916 during its first episode and is due to end in 1919 after just eight episodes - after it was criticised for developing too quickly.

He said: "The narrative unfolds with speed and energy. Given that ratings are high and a much wider audience enjoy 'Downton Abbey' than previous period dramas, it would suggest that people are enjoying the pace of the show."