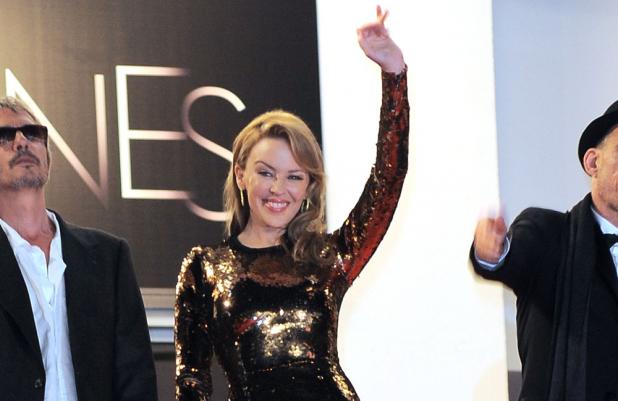 Kylie Minogue has confirmed she is duetting with Jason Donovan at PWL Hyde Park.

The 'Timebomb' singer was expected to make a surprise appearance at the gig on July 11, but has now confirmed she will be performing at the London event with her ex-boyfriend and former 'Neighbours' co-star on their 1988 duet 'Especially for You'.

Kylie - whose on-screen wedding as Charlene Mitchell to Jason's Scott Robinson is one of the soap's most watched moments - said: "I'm going to sing 'Especially for You' with Jason Donovan. I don't think we'll even need to sing it. I'm sure the audience all went through the 'Neighbours' wedding. It's going to bring the house down! Even though it's outdoors."

Kylie recently went on an "anti-tour" of small performances where she performed her lesser known songs, and she admits she was nervous before she went ahead with it.

She told Glamour magazine: "It was torturous inside me. I just thought, 'I can't be that person, she's not accepted, she's so uncool,' and it transpires I was none of those things.

"The coolest people were just, 'No, we love those songs, we love you from that time,' but I had to go through my own process to where I could embrace it. The Anti-Tour. I could bore you still with what that tour meant to me!"