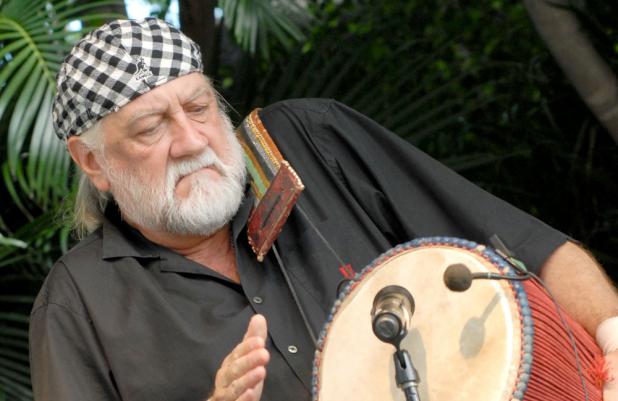 Fleetwood Mac were asked to play at Glastonbury this year, and although they had to turn it down due to scheduling issues, they would love to come and play next year instead

Fleetwood Mac would love to play Glastonbury in 2014.

The 'Go Your Own Way' group were asked to headline the festival this summer, but it didn't fit with their schedule, so they are hoping to return and play next year instead.

Drummer Mick Fleetwood explained: "They said, 'We want you to headline the festival this year.' We're not doing it.

"It was great to be asked, then we found out if we do that we won't get to play at all of the other places, because people migrate to one place.

"And therefore our visitation to other countries was going to be affected by what was this fantastic, one off show.

"So we decided it wasn't, this year, a good idea to do that because we wanna feel like we've gone to a lot of places. That's why we didn't, but we were greatly honoured to be asked to headline that show, and I hope that we do.

"Next year we've said that we'd really like to do it if they still want us. They might want someone else 'No, you snooze you lose!' "

Mick, 65, added he had started the rumours the legendary band would play the festival himself.

He added to BBC Radio 2 hold Jo Whiley: "You're right, that was a true rumour that I started. My sister phoned me up and said, 'Will you phone these people up?' which were the real people. But the cut off point [top say yes] was a few months back."

Return of the Mac

Fleetwood Mac tribute acts currently on tour across the UK