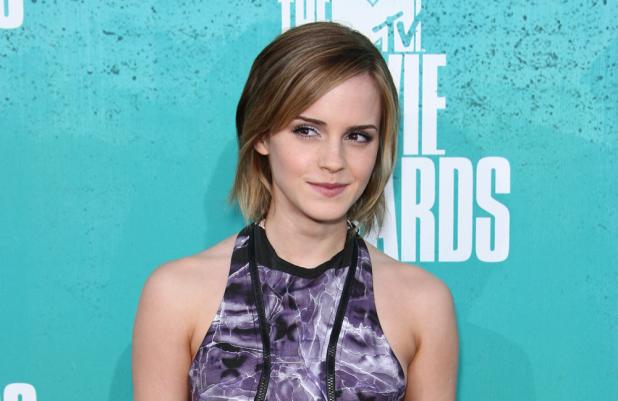 Emma Watson has been tipped to star in a musical movie.

'The Perks of Being a Wallflower' star - who won a People's Choice award for Best Dramatic Actress last month - has been praised for having an incredible singing voice and has even recorded a cover version of Natalie Imbruglia's hit 'Torn'.

The movie's director Stephen Chbosky exclusively told BANG Showbiz: "She is actually a singer, she's a very good singer. Have you ever heard her version of 'Torn'? I have a copy of it. It's epic. I hope she does a musical some day and I hope I direct it."

Stephen also thinks the 22-year-old British actress - who has often been criticised for her acting skills - has a natural talent in front of the camera and he believes she has improved with every movie.

He said: "What impressed me about Emma Watson is that she got better with every movie. Every one of those 'Harry Potter' films I kept looking at her and thinking this girl just keeps getting better and better.

"I knew that would only happen to someone who was disciplined, passionate and hungry, so I knew that going in before even considering her for 'Perks'."

The acclaimed author and screenwriter also revealed he instantly knew she would be perfect for the role as carefree high school student Sam in the indie movie.

Stephen added: "I knew that she was going to do a phenomenal job. Sometimes you just get a feeling about people. There is a scene with her and Daniel Radcliffe outside of a school dance on some steps and she broke my heart in that scene. She is crying and I just felt that she had all of the vulnerability that Sam needed."

'The Perks of Being a Wallflower' is out on Blu-ray & DVD from February 11 and features several new deleted scenes.