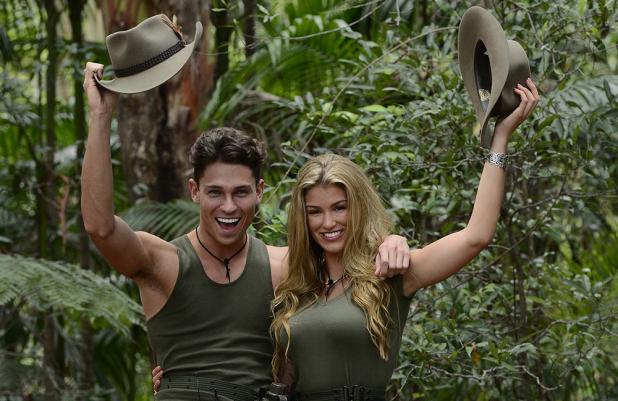 Amy Willerton intends to remain friends with Joey Essex following their split and admits she has received a lot of male attention since starring on 'I'm A Celebrity... Get Me Out Of Here!'

The pair hit it off while taking part in the latest series of 'I'm A Celebrity... Get Me Out Of Here!', but the former Miss World contestant has confirmed things have cooled down between them following the festive period.

"But we'll definitely meet up when he returns from Africa - as friends."

But it doesn't sound like the blonde bombshell will be short of male attention for long as she admitted she has been inundated with emails from admirers.

Speaking about the told us: "You get a lot of messages, a lot of greetings, a lot of weird emails.

Other stars at the launch included 'I'm A Celebrity' runner-up David Emmanuel and when asked whether he thought Joey and Amy's relationship was a 'showmance', he replied: "Well you said it ... of course".