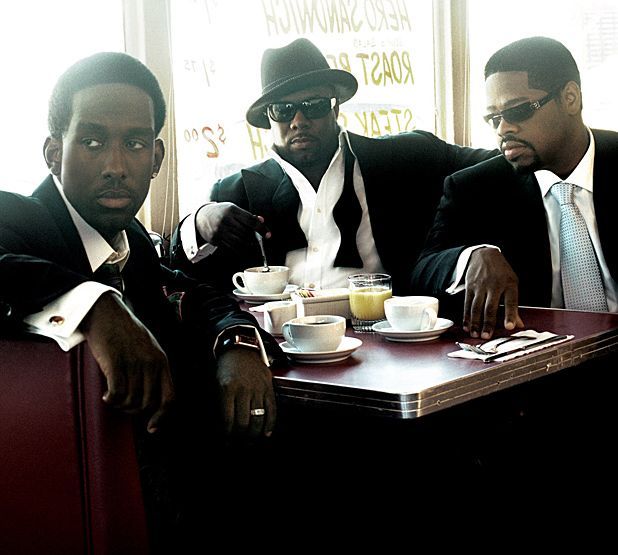 Boyz II Men will play two UK shows this December, it has been announced.

The most successful R&B group of all time, the Boyz have sold more than 60 million albums worldwide.

The group found fame (and four Grammy Awards) in the 1990s as a quartet, but original member Michael McCary left the group in 2003 due to health issues. Despite being a man down, original members Nathan Morris, Wanya Morris, and Shawn Stockman have continued to make music and were nominated for two Grammies in 2009.

Boyz II Men will play Birmingham’s O2 Academy on Thu 4 Dec and London’s Indigo at the O2 on Fri 5 Dec.

Tickets go on general sale this Fri 27 Jun, with pre-sale starting on Wed 25. For full tour details plus ticketing links, see listings below.

Overwrought male R&B vocal harmony group from the States, fond of grasping the air and clutching their chests while they emote. Formerly a quartet Boyz II Men are best known for their soulful ballads including 'End of the Road', 'I'll Make Love to You' and 'One Sweet Day' performed with R&B songstress Mariah…