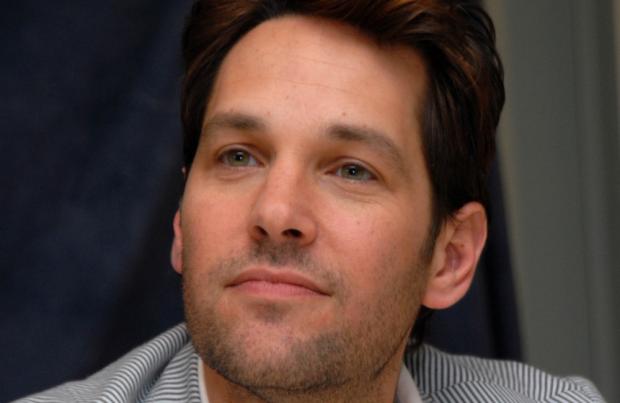 Paul Rudd says he is pleased with the new script for 'Ant-Man', the new movie from Marvel Studios

Paul Rudd is eagerly looking forward to working on 'Ant-Man'.

The 45-year-old actor is busy getting himself in shape for the lead role in the forthcoming blockbuster and revealed that he "loves" the direction the revamped script has taken, saying he's been working "every day for six weeks" with writer Adam Mackay.

Rudd said: "We're a few weeks away [from filming] and while we're still kind of polishing some things, I feel really good and excited about where we're at.

"It's a totally unique and interesting world that we're exploring."

Starring alongside Rudd in the eagerly-awaited flick will be Hollywood icon Michael Douglas, who he's enjoyed getting to know.

He added to Collider: "I've had dinner with him a couple of times and I've talked to him on the phone. He's the most approachable, easygoing, cool dude.

"And he is in that handful of people on the planet that I go, 'Oh my god, I cannot believe that I'm talking to Michael Douglas'. It's unbelievable."