Ed Speleers had to be taught to walk for Downton Abbey 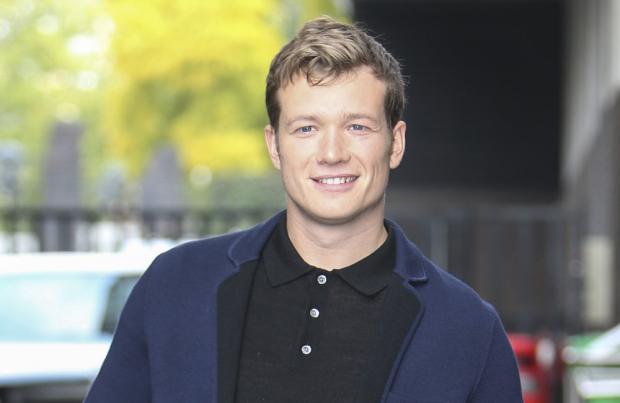 Ed Speleers had to be taught to walk straight for his role as footman Jimmy Kent in 'Downton Abbey', according to the ITV period drama's historical advisor Alastair Bruce

Ed Speleers had to be taught to walk properly in 'Downton Abbey'.

The 26-year-old actor stars as footman Jimmy Kent in the ITV period drama and the series' historical advisor Alastair Bruce has revealed he had to teach him to walk as a proper servant would have done in that era.

Alastair exclusively told BANG Showbiz: "He and I spent a long time working together. I had to teach him to walk straight. You know, young men now walk like this [slouches across the room], whereas then they walked like this [demonstrates stiff walk with a straight back].

"Trying to get people to do that is quite difficult. People have been shaped differently by their schooling, their education, their environment, their families."

He explained: "I think what the actors probably find aggravating is, it's very tough delivering a performance, you've got the cameras on you, you've got to remember your lines.

"When someone comes in and says, you need to hold your glass at that angle, you need to be more upright and try and turn like that - that can be aggravating because it's tough to deliver what you've got to do."

'Downton Abbey' series 5 is released on Blu-Ray and DVD from November 17 from Universal Pictures (UK).