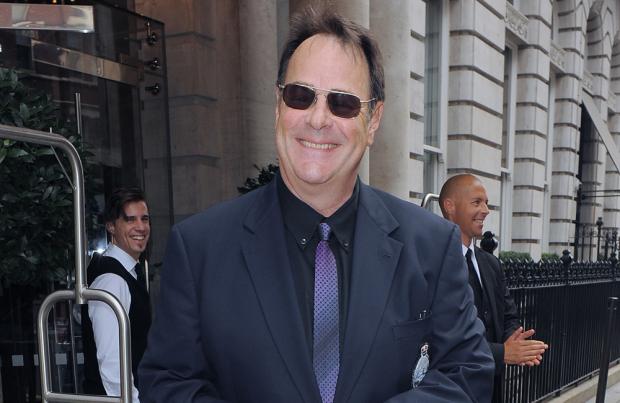 Hollywood star Dan Aykroyd is delighted the female-led cast of the 'Ghostbusters' reboot, describing Melissa McCarthy, Kristen Wiig, Leslie Jones and Kate McKinnon as the "most magnificent women in comedy"

Dan Aykroyd is "delighted" the 'Ghostbusters' reboot will feature the "most magnificent women in comedy".

Earlier this week, it was revealed Melissa McCarthy, Kristen Wiig, Leslie Jones and Kate McKinnon will take the lead roles in the new movie and Aykroyd, who appeared in the 'Ghostbusters' movies in the 1980s, is thrilled with the composition of the female-led cast.

He told The Hollywood Reporter: "The Aykroyd family is delighted by this inheritance of the Ghostbusters torch by these most magnificent women in comedy.

"My great grandfather, Dr Sam Aykroyd, the original Ghostbusters, was a man who empowered women in his day and this is a beautiful development in the legacy of our family business."

The female-led cast has also been endorsed by Bill Murray, who also starred in the original movies.

Asked what he thinks about the prospect of an all-female cast and who he'd like to star in the film, Murray said: "I'm fine with it. I would go to that movie, and they'd probably have better outfits, too.

"Melissa [McCarthy] would be a spectacular Ghostbuster. And Kristen Wiig is so funny - God, she's funny!"

Physicist Erin (Wiig) finds herself teaming up with estranged high school pal Abby (McCarthy) and her eccentric engineer Jillian (McKinnon) in search of ghosts. Marred only by excessive reverence for the original, it's a spirited, funny and touching reboot which sticks two fingers up at sexist trolls.