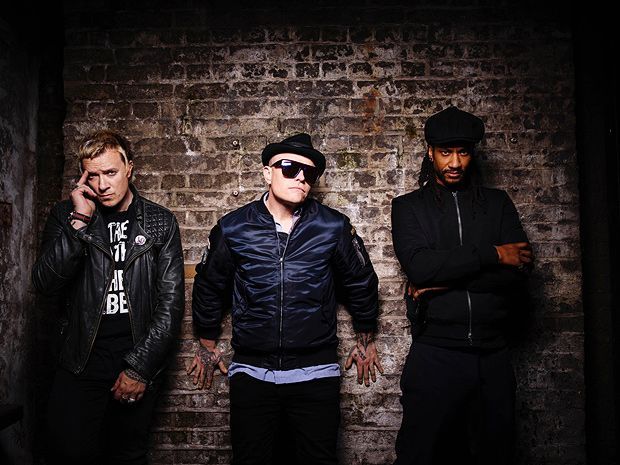 Liam Howlett's group to close 2015 with performances in England and Ireland, supported by Public Enemy

After becoming their sixth consecutive number one album, the recently released The Day Is My Enemy could not be a better excuse to join The Prodigy and their British fans in the same arena.

Howlett, Flint, Crabtree, Holliday and Maxim have announced a run of live concerts across the UK and Europe in late 2015, with hip-hop performers Public Enemy as their support.

'We are hyped to announce we have our old skool heroes Public Enemy joining us on our UK and European tour', the band's front-man said.

The tour kicks-off in Nottingham on 24 Nov, before heading to Newcastle (26 Nov), Manchester (27 Nov), Sheffield (28 Nov), Dublin (30 Nov), Belfast (1 Dec) and Birmingham (3 Dec). The curtains are then closed with a highly-anticipated show in London's Wembley Arena (4 Dec).

If you can't hold the excitement through the summer, The Prodigy are also waiting for you on the stage of the Isle of Wight Festival in June and T In the Park in July.

Can you feel your feet jumping already? To tease you even more, here's one of their most recent live performances, in Australia.

Tickets go on sale Wed 27 May, exclusively via theprodigy.com, and on general sale Fri 29 May.