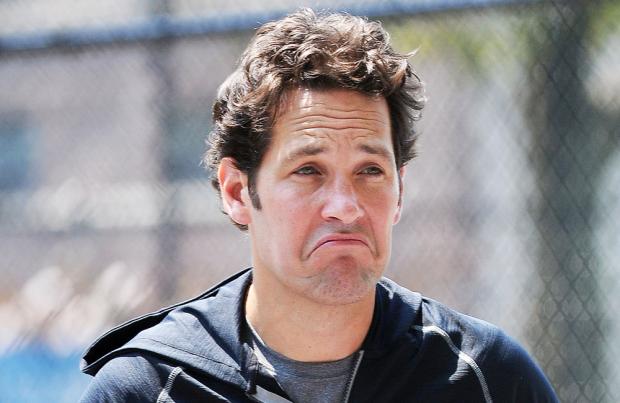 The 46-year-old actor - who will be starring as 'Ant Man' for the blockbuster release - has revealed just how complicated and challenging his outfit can be to change in and out of, because the "suit has more parts than any suit in the Marvel universe".

Speaking to Collider, Paul shared: "There's usually a couple of people, there's a team. Laura and David are kind of the two people that help me the most.

"Normally, I have two. I have the micro-stuff on and zips and connecting wires and screws."

But Paul also explained how much he loves the design and feel of his costume.

He said: "Literally it's like you put it on, you can't help but feel kinda cool. It's a superhero suit, and it's a really good one too.

"The first time I ever put it on was just in a fitting and there were several fittings and it takes hours, it had been a lot.

"You stand differently. It just feels like a suit, and because of that, you're working from the outside in. Everything starts to change and yeah, it's pretty cool."