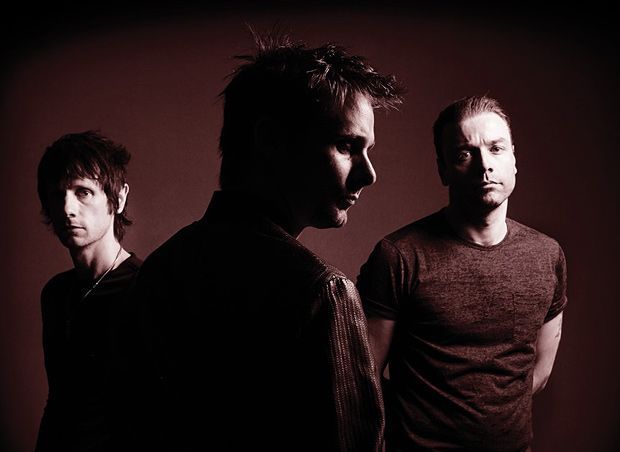 Muse fans, get ready to enter a 'Supermassive Black Hole' of excitement: the band have announced a new world tour to promote their latest album, Drones, with two dates at London's O2 arena in April 2016, as well as a date in Manchester and Glasgow.

The Drones World Tour will see a new show set-up for the band, with them performing in the round from the middle of the arena. In other words, if they perform 'Can't Take My Eyes Off You', no matter where you sit you won't be able to take your eyes off them.

Drones is the band's seventh studio album. It went to number one in the charts all over the world after its release, and its lead single is 'Dead Inside'. Cheery.

Fan club presale begins on Wed 16 Sep, and general ticket sale is on Fri 18 Sep at 9am. So no panic, 'Time Is(n't) Running Out' – you've still got a week to get excited and plan.

Get your O2 Muse tickets here.

Full on bombastic assault of operatic guitar gymnastics from the mighty Muse.