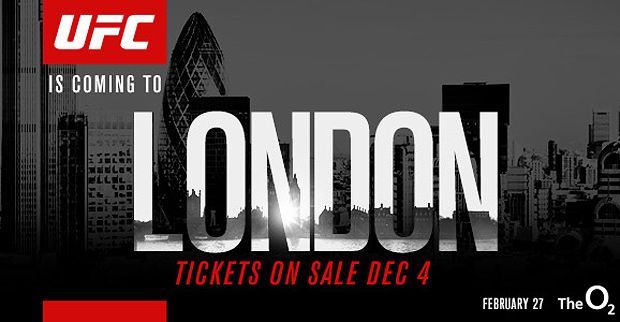 Bouts for the 2016 date will be announced closer to the event but fighters including the No. 8 ranked UFC middleweight Michael ‘The Count’ Bisping, Brad ‘One Punch’ Pickett and lightweight Ross ‘The Real Deal’ Pearson have all already expressed their desire to compete in front of home fans on the London fight card.

Pre-sale tickets are available on Fri 4 Dec at noon.

The stars of UFC return for some ultimate fighting action. Coatbridge's Paul Craig faces off against the star of UFC's long-standing reality TV series 'The Ultimate Fighter' Khalil Rountree, in a light-heavyweight clash.