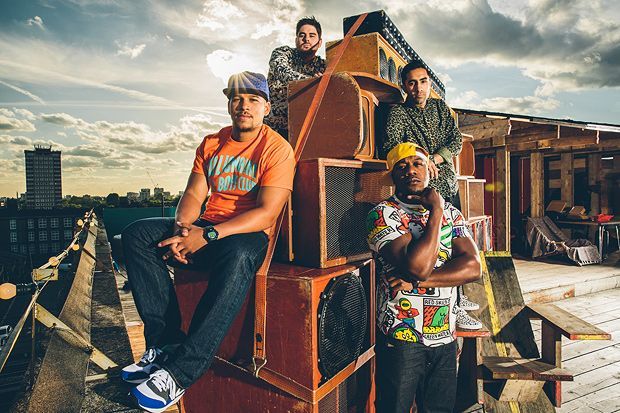 Following the recent release of their second album We The Generation and its chart-topping successRudimental are heading out on a world tour.

The drum & bass foursome, made up of Amir Amor, Piers Agget, Kesi Dryden and DJ Locksmith, play nine UK dates in February and March 2016. The tour kicks off in Glasgow and ends in Manchester with the majority of the gigs at O2 venues.

It's been a busy week for the group after their sophomore record hit the number spot on the UK album chart and they released an official app, where fans are now able to purchase pre-sale tickets ahead of the general sale on Fri 16 Oct.

As well as tour info and app-only ticket presale opportunities, the app also features exclusive live streaming video from the band, messaging and chat with other fans, videos, photos and updates directly from the road. We're not saying it'll be exactly like being on tour with the band, but no Rudimental superfan be seen staring at their phone during a gig without it. The rest of us will continue in blissful ignorance.