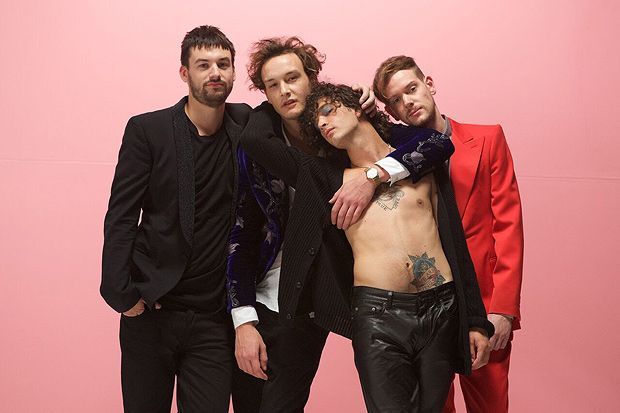 I Like It When You Sleep... is out in Feb, before London, Glasgow, Manchester and Birmingham dates

Joining the ranks of T Rex (My People Were Fair and had Sky in their Hair … But Now they're Content to Wear stars on their Brows) and Devendra Banhart (Oh Me oh My the Way the Day Goes by the Sun is Setting Dogs are Dreaming Lovesongs of the Christmas Spirit), the 1975 have jumped right up onto the long-album-title bandwagon.

I Like It When You Sleep, For You Are So Beautiful Yet So Unaware Of It, the band's second album, will be released on Fri Feb 26 2016. Leaving time for you to get your head around that title, the 1975 will also set off on a UK tour from Mon Mar 7-Tue Mar 22, taking in London's o2 Brixton Academy, Manchester's o2 Apollo, Glasgow's o2 Academy and Birmingham's Barclaycard Arena.

Formed in Manchester, the 1975 broke out in 2013 with anthems such as 'Chocolate' and 'Girls' cementing them as a pretty exciting new British group. Their self-titled debut album stormed the charts straight into number one and has sold over one million copies worldwide.

Tickets go on sale on Fri 13 Nov. I Like It When You Sleep, For You Are So Beautiful Yet So Unaware Of It is released on Dirty Hit / Polydor on Fri 26 Feb.