Busted reunite for London shows, try to stay calm everyone 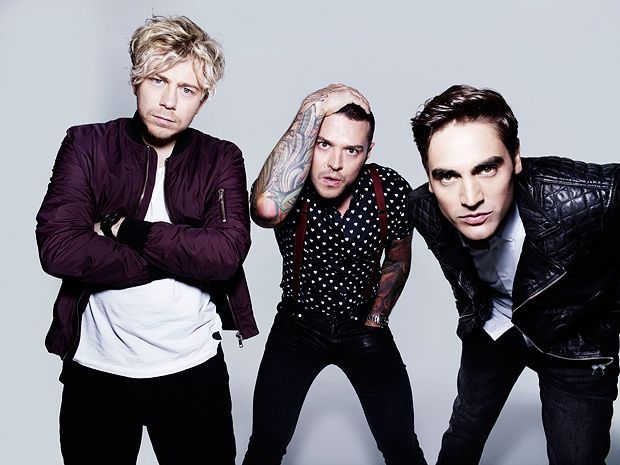 Charlie Simpson returns to the pop group for some 2016 dates

After vowing never to return, not even for McBusted – the McFly/Busted mash-up that looked like the most fun you could have in a boy band – Charlie Simpson has agreed to get back together with his Busted bandmates for a 2016 tour.

Tail, no doubt, between his legs, Simpson admitted:

'A year ago James and I got together and just started hanging out and it felt really different, somehow, to how it had ten years ago. And the idea crept into my head after all that time apart: what would Busted look like today?'

After Busted split in 2005, Simpson went on to form Fightstar, an alt.rock four-piece who never quite reached his former band's heights. The other two members, Matt Willis and James Bourne, teamed up with McFly's Tom Fletcher, Danny Jones, Dougie Poynter and Harry Judd to form McBusted in 2013, their self-titled album reaching number 9 in the UK charts in 2014.

Willis, whose won series six of I'm a Celebrity … Get Me Out of Here during the Busted break, said:

'For me, there’s a huge sense of unfinished business. I always thought in my heart we’d do Busted again, but that it was just a matter of when and how.'

For their big comeback the trio return to Wembley Arena, the last venue in which anyone saw the band as a whole, when they played 12 sell-out shows there in 2004.