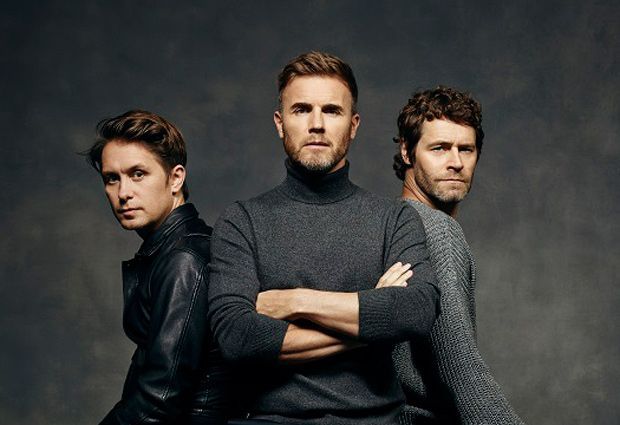 In case you missed it, the week started off with news that Take That would be headlining British Summer Time Hyde Park in 2016, with the Sat 9 Jul performance seeing the band perform in the historic London park for the first time.

After the successful reunion in 2010, Robbie Williams and Jason Orange both moved on from the band in 2014, so it’s left to Gary Barlow, Mark Owen and Howard Donald to carry the load of the band’s high-production live show as a trio, something they’ve been doing throughout the Take That Live 2015 arena tour.

Headlining BST in Hyde Park comes with big expectations, given that since 2013 the stage has hosted The Rolling Stones, Kylie, Grace Jones, Taylor Swift and The Who. Nothing short of spectacular has been the order of the day, and even in trio format the Take That lads, consummate music-biz pros that they are, can be expected to deliver a crowd-pleasing show.

‘If someone would have told us in 1991 “Hey guys, in 24 years you’re going to be playing at one of the most famous parks in the world”, I probably wouldn’t have believed it,’ says Gary. ‘We are thrilled to have been invited to headline Barclaycard presents British Summer Time Hyde Park. The atmosphere will be amazing, I know that between us and the audience, there’s going to be an incredible energy.’