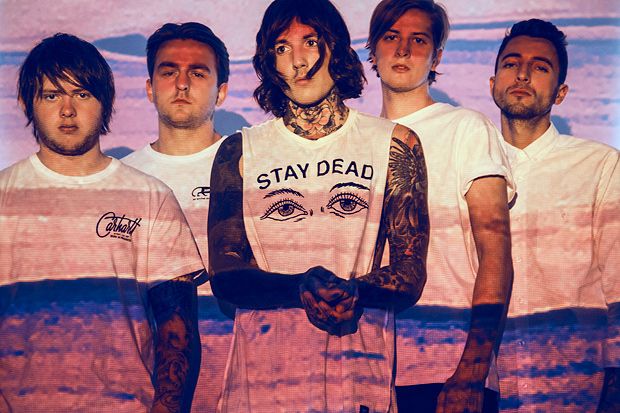 Sheffield rockers to play six dates in November 2016, including the O2 Arena

Following the release of their fifth studio album That's the Spirit last September, Bring Me The Horizon have announced six gigs at arenas across the UK.

Formed in 2003, the band is fronted by Oliver Sykes with Lee Malia on lead guitar, Matt Nicholls on drums and Matt Kean on bass guitar, all original members. A more recent addition to the line-up is Jordan Fish on programming and keys.

Originally labelled a metal and deathcore outfit, the band's sound now incorporates electronica, pop, punk and alt. rock. 2015 saw the band win Best British Band at the Kerrang! Awards, picking up Best Live Band the year before. That's the Spirit was selected as one of the Best Hard Rock Albums Of The Year by Apple Music but was denied a number one debut on the album chart by Stereophonics' album Keep the Village Alive.

Bring Me The Horizon