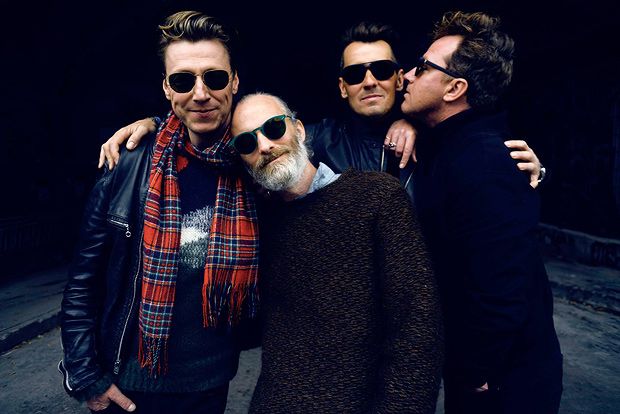 The band will hit up Glasgow, Manchester, Newcastle and Leeds on a nine-date tour

Why does it always rain on them? Probably because they’re Scottish. Obvious jokes aside, Travis have announced a nine-date UK tour in May this year.

Starting in Glasgow’s O2 ABC, the band will play Manchester, Birmingham, London, Newcastle, Leeds, Leicester and Bournemouth, before finishing up on 18 May at Bristol’s Colston Hall.

The dates follow the release of their latest album, Everything at Once, their eighth and the first since 2013’s critically-acclaimed Where You Stand. The new album comes out on 29 Apr on the band’s own Red Telephone Box label.

Apart from the aforementioned ‘Why Does it Always Rain on Me?’, the record that brought the group to the mainstream way back in 1999, the band have had five top ten singles – ‘Turn’, ‘Coming Around’, ‘Sing’, Re-Offender’ and ‘Closer’ – and two number one albums, 1999’s The Man Who and 2001’s The Invisible Band.