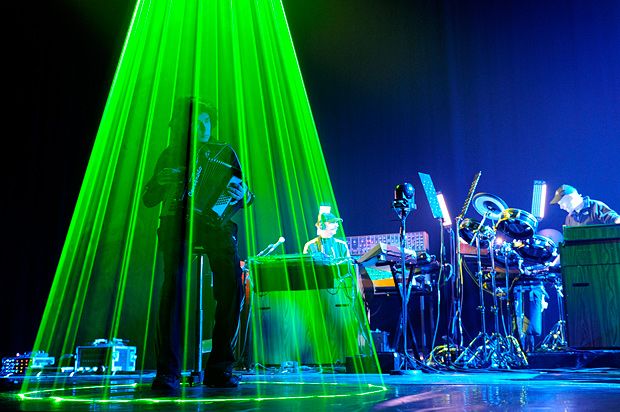 French electronic composer Jean-Michel Jarre will tour the UK for the first time in six years with dates in Glasgow, Cardiff, Brighton and London. The nationwide tour will be proceeded by Jarre headlining the Bluedot festival at Jodrell Bank (22–24 July) alongside Underworld and Caribou.

Jarre's 1976 album Oxygène helped pioneer and popularise electronic music. In 1981 he became the first western musician to play communist China. The producer became synonymous with large scale audio visual performances utilising cutting edge digital production, including 1988's Destination Docklands which mixed music, lighting, fireworks and special effects setting a new benchmark in concert production and was watched by an estimated audience of 1 million, with Jarre performing from a floating barge in the middle of the River Thames. Other huge concerts include the 200th anniversary of the French Revolution in Paris, 1990, with an audience of 2.5 million and Jarre's performance to commemorate the 850th birthday of Moscow which was watched by a staggering 3.5 million people.

Famous for his spectacular laser and light effects, the electronic composer recreates his oceanic soundscapes on analogue synthesizers.