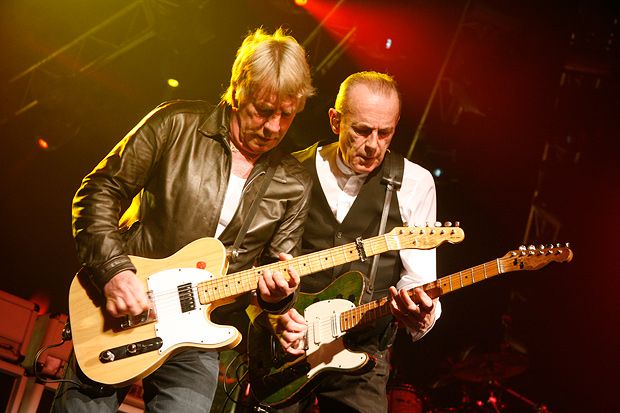 Rockin’ all over the world one last time, Status Quo will hang up their mics and turn off the amps in a grand finale of their fabled electric live set back home in the UK, December 2016.

The legendary group will be joined on stage by some very special supporting acts for this spectacular ending, including REO Speedwagon and The Lounge Kittens.

‘We’ve talked about it for some time and have decided that it’s time for us to hang up the electrics,’ said Rossi. ‘It’s getting harder and harder for us to play those shows. It’s 30 years since we last said we were stopping but this is a final decision. It doesn’t mean we won’t do other things, perhaps the odd special, but we’re agreed that the moment has come. There’s more to come from us in the years ahead, but we won’t tour the electric set ever again’

Status Quo have sold over 118 million records throughout their career, with 43 albums in the British charts – more than any band other than The Rolling Stones. Their iconic songs have been the staple of the British music landscape (and TV commercials) for years, from ‘Whatever You Want’ to ‘Rockin’ All Over the World’.