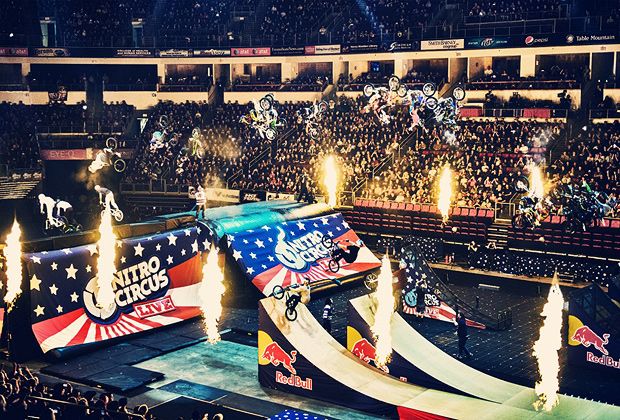 This summer sees Nitro Circus Live hit the UK for its most extensive tour of the country so far.

The show features a cast of daredevils performing choreographed riding routines in freestyle motocross, BMX, skate and more. A 40-foot ramp (affectionately named Giganta) will launch into the air a number of things that shouldn't really go there, such as a penny farthing, a chair and/or a bathtub.

Travis Pastrana has won numerous championships and gold medals in supercross, motocross and rally racing. Over his 32 action packed years, he's suffered an inordinate number of injuries, one of which left him in a wheelchair for three months.