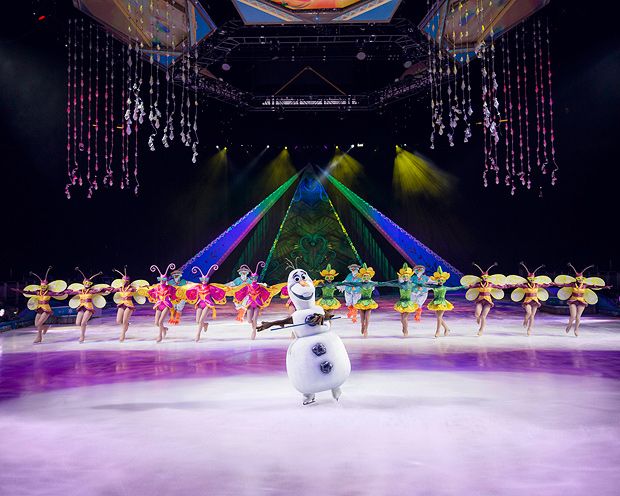 Let it go? Never. Not content with a smash hit film, musical, countless merch and the inevitable sequel, everyone’s favourite chilly tale can now be enjoyed via the most obvious of media: ice skating.

Royal sisters Anna and Elsa, plus Kristoff, Sven and snowman buddy Olaf take to the ice to spin the story of Elsa’s powers which, having been hidden for most of her life, end up trapping her in an eternal winter. As Anna sets off to rescue her sister, it seems true love is the only thing to save her from certain death.

The show is hosted by Mickey and Minnie, and features special guest appearances from much-loved Disney characters from films such as Toy Story, Finding Nemo and The Lion King. Not forgetting, of course, magical ice dancing and those beloved songs: expect ‘Do You Want to Build a Snowman’, ‘Love is an Open Door’, ‘In Summer’ and the one you won’t be able to get out of your head, ‘Let it Go’.