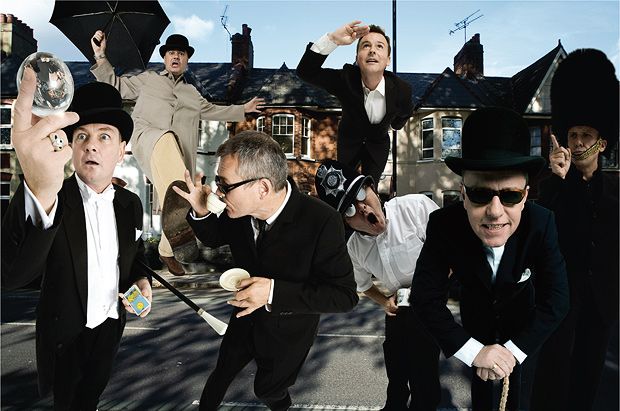 11 dates around the UK for the British ska band, including a hometown gig at The O2, London

Having dropped off the scene for the last two years, Madness return to the UK’s biggest arenas this December for a brand new tour marking the band's 40th year.

Forgive them for their recent absence, as they've been busy working on their new album Can’t Touch Us Now, set for release in October, just ahead of their winter tour. Fans can expect a mix of new tracks and, of course, plenty of their infectious classics. The tour begins on Thu 1 Dec in Bournemouth and finishes on Sat 17 Dec in Birmingham, with gigs in Cardiff, Newcastle and Glasgow in between.

For those who are getting restless in the lead up, Madness’ annual House of Fun Weekender will be held at Butlins, Minehead just a couple of weeks before the tour kick-off. Or, you can get your summer Madness fix at a number of festivals including Glastonbury, Belsonic, Boomtown and House of Common (in Clapham Common).