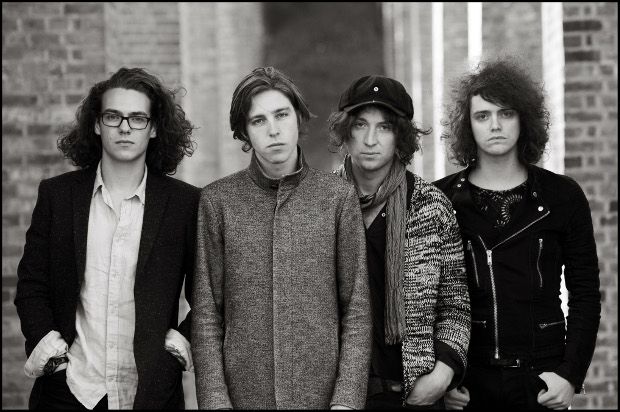 Following the release of their second album, The Ride, Catfish and the Bottlemen have announced a UK tour this November.

The rockers will play arenas in Derby, Bournemouth, Manchester, London, Glasgow and Coventry, a tour that includes their largest show to date – the SSE Arena Wembley – perfectly suited to their anthemic stadium rock sound.

Winners of the BBC Introducing Award at the very first BBC Music Awards at the end of 2014, the group then went on to bag a Brit for Best Breakthrough Act. First album The Balcony reached number 10 in the UK albums chart and went gold six months after its release. Although The Ride was only just released – on Fri 27 May – frontman McCann claims to have three albums written already. Who knows what they’ll have up their sleeves for their arena audiences come November.

Tickets go on general sale on Fri 3 Jun at 10am.

Garage rock and post-punk quartet from Llandudno, with rock'n'roll and indie pop influences.