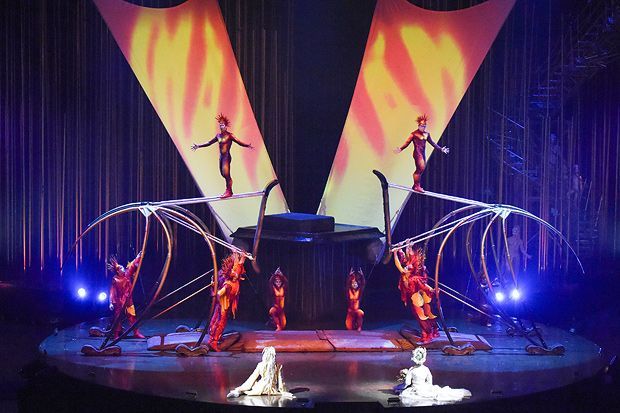 The title means 'wherever' in the Romany language, and the show 'pays tribute to the nomadic soul, to the spirit and art of the circus tradition, and to those who quest with infinite passion along the path that leads to Varekai.'

'Deep within a forest, at the summit of a volcano, exists an extraordinary world – a world where something else is possible. A world called Varekai.'

From its humble origins as a group of 20 street performers in 1984, Quebec-based Cirque du Soleil have expanded to 1,300 performing artists from almost 50 countries. Having entertained more than 160 million spectators, they are now the largest theatrical producer in the world.