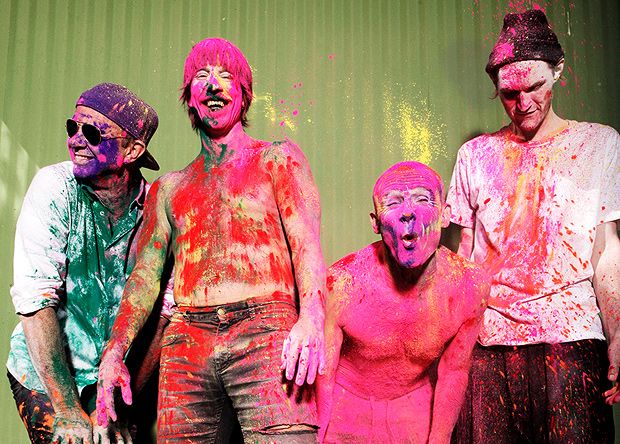 Off the back of a summer of headline slots at the biggest music festivals around the world (not to mention T in the Park) and forthcoming headline shows at Reading and Leeds, the Red Hot Chili Peppers have announced they will return again in December for their first UK tour in five years.

The tour currently includes nine dates at four venues: SSE Hydro Glasgow, London's O2, Birmingham Genting Arena and the Manchester Arena. Don't rule out additional dates or venues being announced down the line for this rare tour, but equally you definitely don't want to take a chance when tickets go on sale Fri 2 Sep at 10am – this tour will sell out fast.

Following a summer of performances the biggest music fests around the world, the Chili's UK tour is in support of their 11th studio album, The Getaway.

Supporting the band across the tour is the madcap Japanese metal sensation that is Babymetal, who have been described on these pages as 'the most interesting and exciting thing to happen to metal in years.' The J-pop–metal crossover played headlining Wembley gigs last year and their album Metal Resistance reached number 15 in UK albums chart.